Navigating the various state licensing requirements, rules, regulations and fee structures can present significant challenges for workers. To address these challenges, states and professions have turned to occupational licensure interstate compacts. These compacts create reciprocal professional licensing practices between states, while ensuring the quality and safety of services and safeguarding state sovereignty. To date, over 40 states and territories have adopted occupational licensure compacts for nurses, physicians, physical therapists, emergency medical technicians and psychologists.

NCIC is a policy program developed by CSG to assist states in developing interstate compacts, which are contracts between states. State governments often prefer to direct themselves collaboratively when addressing problems that span boundaries, and compacts have proved to be an effective mechanism for states to jointly problem-solve, often avoiding federal intervention. NCIC serves as an information clearinghouse, a provider of training and technical assistance and a primary facilitator in assisting states in the review, revision and creation of new interstate compacts to solve multi-state problems.

The compacts center is a program borne from CSG’s more than 85 year history of promoting multi-state problem solving and advocating the role of the states in determining their respective futures. During that time, CSG began tracking the progress of more than 200 active interstate compacts, researching innovative solutions for the states and bringing the states together to build consensus on national issues. 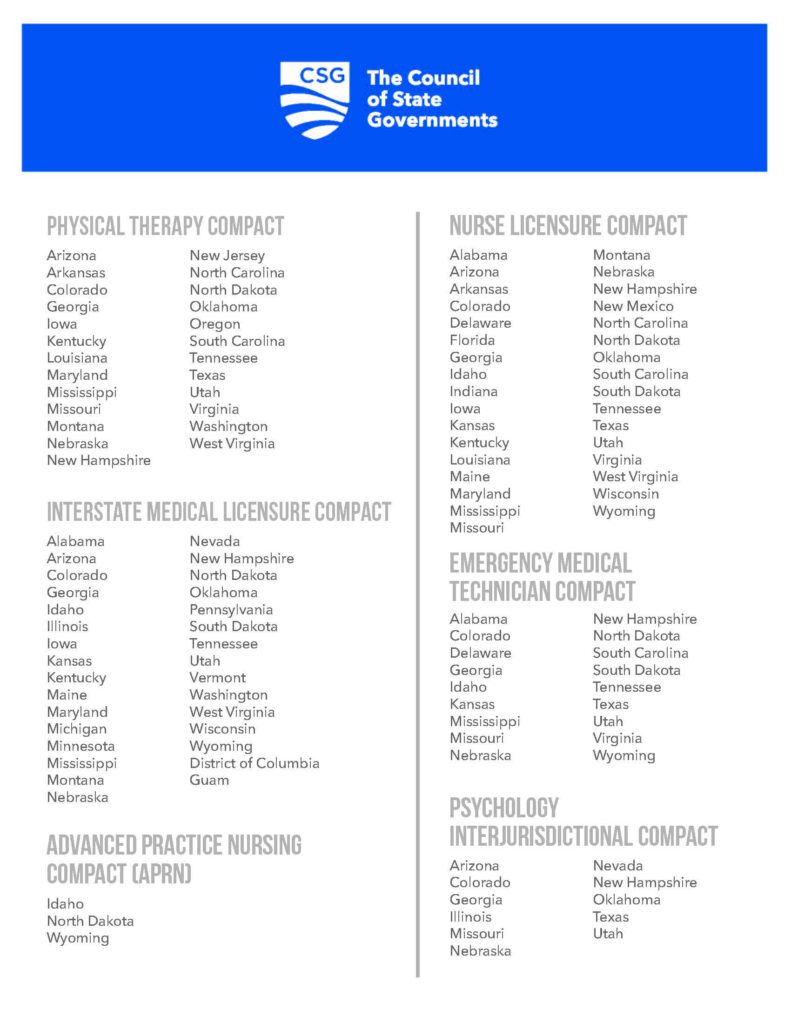 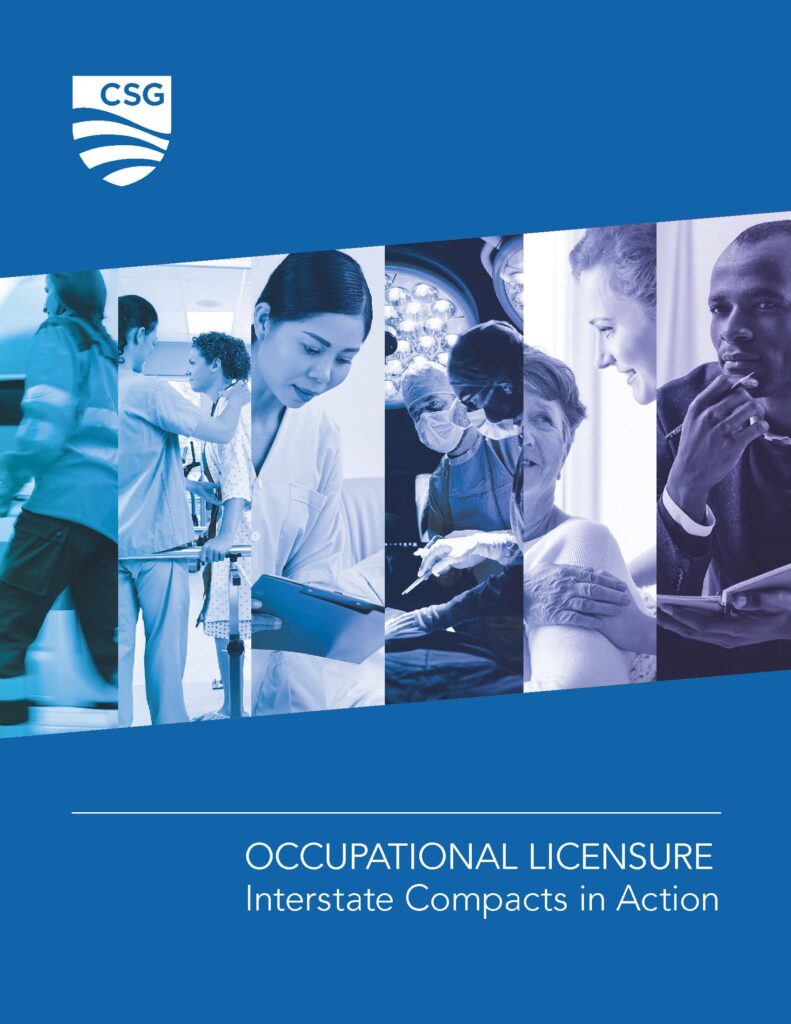 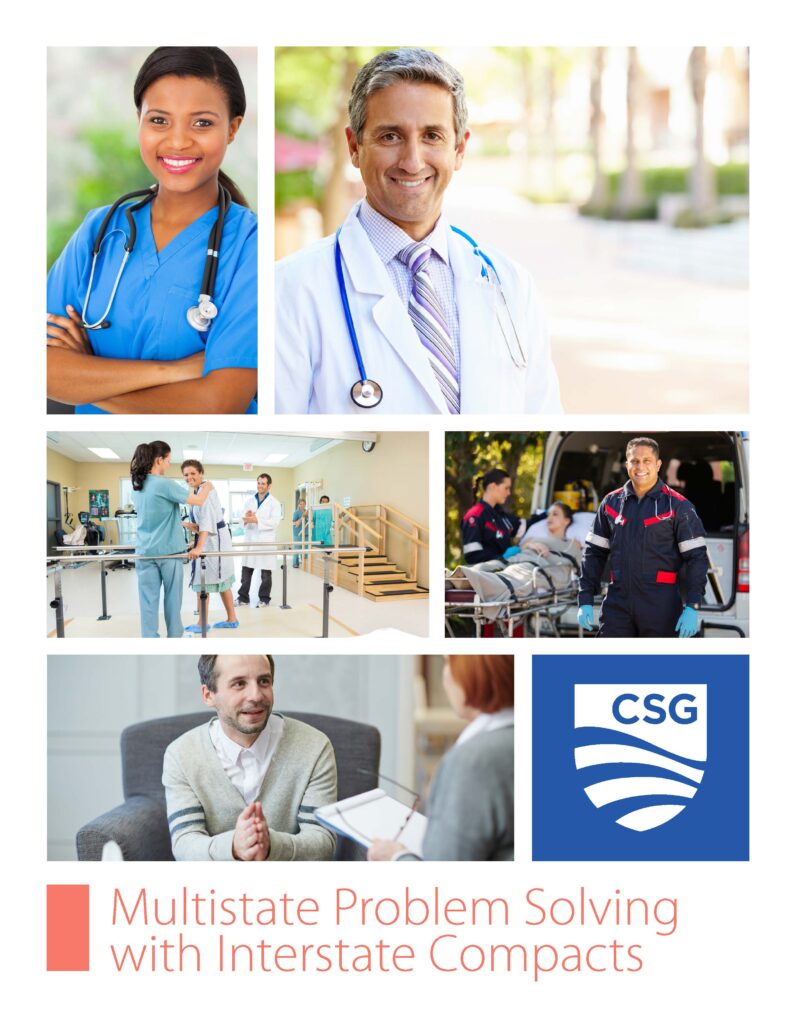 What is an interstate compact?

Interstate compacts are contracts between two or more states creating an agreement on a particular policy issue, adopting a certain standard or cooperating on regional or national matters.

How is an interstate compact created?

Compacts are essentially contracts between or among states. To be enforceable, they must satisfy the customary requirements for valid contracts, including the notions of offer and acceptance. An offer is made when one state, usually by statute, adopts the terms of a compact requiring approval by one or more other states to become effective. Other states accept the offer by adopting identical compact language. Once the required number of states has adopted the pact, the “contract” among them is valid and becomes effective as provided. The only other potential requirement is congressional consent.

The development of any interstate compact should be a state driven and state championed solution to a policy issue. Outlined below are key steps to the development process of a regulatory compact, as experienced by CSG. These should be viewed as examples and can be, based on the issue area, customized as needed.

o   Drafting Team: While an Advisory Group enjoyed thinking about the issue from a macro- level, a Drafting Team pulls the thoughts, ideas and suggestions of the Advisory Group into a draft compact. The Drafting Team, composed of 5 to 8 compact and issue experts, will craft the recommendations, as well as their own thoughts and expertise, into a draft compact that will be circulated to state officials for comment. The document will also be open for comments from a wide swath of stakeholders and the public. Following these comment periods, the compact will be revised as needed and released finally back to an Advisory Group for final review to ensure it meets the original spirit of the group’s recommendations. A Drafting Team would meet three to four times over a period of 10–14 months, with significant staff work and support between sessions.

o   Transition: Following enactment by the required minimum number of states, the new compact becomes operational and, dependent upon the administrative structure placed in the compact, goes through standard start-up activities such as state notification, planning for the first commission or state-to-state meetings and, if authorized by the compact, hiring of staff to oversee the agreement and its requirements. A critical component of the transition will be the development of rules, regulations, forms, standards, etc. by which the compact will need to operate. Typically transition activities run for between 12 and 18 months before the compact body is independently running.

What are the benefits of interstate compacts?

Establish a formal, legal relationship among states to address common problems or promote a common agenda.

Create independent, multistate governmental authorities (e.g., commissions) that can address issues more effectively than a state agency acting independently, or when no state has the authority to act unilaterally.

Establish uniform guidelines, standards, or procedures for agencies in the compact’s member states.

Create economies of scale to reduce administrative and other costs.

Respond to national priorities in consultation or in partnership with the federal government.

Retain state sovereignty in matters traditionally reserved for the states.

Are interstate compacts a takeover of state licensing?

Compacts are not a takeover of state licensing; But…may serve as a way to preserve state control over health professional licensure and minimize/preempt federal intervention

Compacts are a State-based approach to multi-state licensure that uses a vehicle for interstate collaboration that is provided for in the Constitution.

Are Interstate compacts are owned or controlled by an outside organization?

Compacts are an instrument of interstate cooperation governed by appointed representatives of the adopting states.

Commission members are appointed by and represent the member state.

Rules written by compact commission apply only to the specific compact procedures implementing the interstate extension of member state authority across state lines.

Rules do not change the state practice act

Each Member State has a seat at the table to craft rules, bylaws, and other administrative functions of the compact